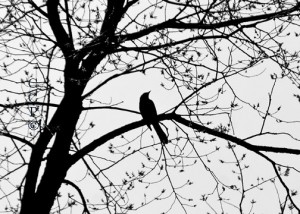 The following is the proposal for a paper/presentation I’m hoping to deliver at the 2014 ANZSA (Australia and New Zealand Shakespearean Association) conference, Shakespearean Perceptions. The conference will take place at the University of Southern Queensland in Toowoomba, October 2-4, 2014.

This paper is a creative excavation of the temporal and textual gaps in Shakespeare’s The Winter’s Tale. The paper playfully interrogates the interstices between Shakespeare’s play and Robert Greene’s Pandosto: The Triumph of Time (1595) through the interjections of a queered Autolycus; that rogue who says of him/herself: ‘Though I am not naturally honest, I am so sometimes by chance’ (The Winter’s Tale, IV:iiii), and of Winter whose tale, after all, this is.

Through this focalisation – the voices of Winter and Autolycus – the paper explores and expands on the relationships between the women in the play, particularly between Hermione/Bellaria and Paulina, in part responding to Theodora Jankowski’s question: “Where was Hermione kept so secretly for sixteen years … [was she] living at Paulina’s?”.